A very finely rendered grisaille Chinese export porcelain soup plate with a central scene depicting the Buddhist legend of Pindola who was a Brahmin and a general who became a devout Buddhist. Because of the religion’s pacifism, and Pindola being forbidden to kill anymore, the king ordered him to become a monk and retire to a monastery. While there, he heard a tiger howling during the night and began leaving vegetarian meals for it outside the monastery doors at night. The tiger became tame and docile and Pindola was from then on known as the Taming Tiger Luohan.  Now this is all very interesting, but what are the chances that the recipient of this dinner service in Europe in the mid-18th century knew the Legend of the Tiger Taming Luohan, let alone having specifically ordered this design? Either way, it is a great example of Europe’s unending fascination with the exotic East, and the cross-currents of design that were carried by the China Trade. Measuring 9 1/2″ in diameter and in good condition with only a faint line to the rim and slight stacking wear. Circa 1745-1750. We are pleased to offer this great new book about Kangxi era porcelain entitled  A Culture Revealed”: Kangxi Era Chinese Porcelain from the Jie Rui Tang Collection. Written by Jeffrey P. Stamen, Cynthia Volk with Yibin Ni, this lavishly illustrated volume focuses on selections from the Jie Rui Tang Collection of Kangxi porcelain formed with care and dedication over the past thirty-five years. A hundred-twenty-five superb examples invite discussion and appreciation for the aesthetic appeal, technical merit and enriching subject matter unique to the period. Pieces are described in both the aesthetic and historical context as well as having narrative scenes deciphered, many of which were previously unidentified or misidentified. Just a totally engrossing book for anyone interested in this very rich period in porcelain production. Privately published and only available through select dealers. Price $120.00 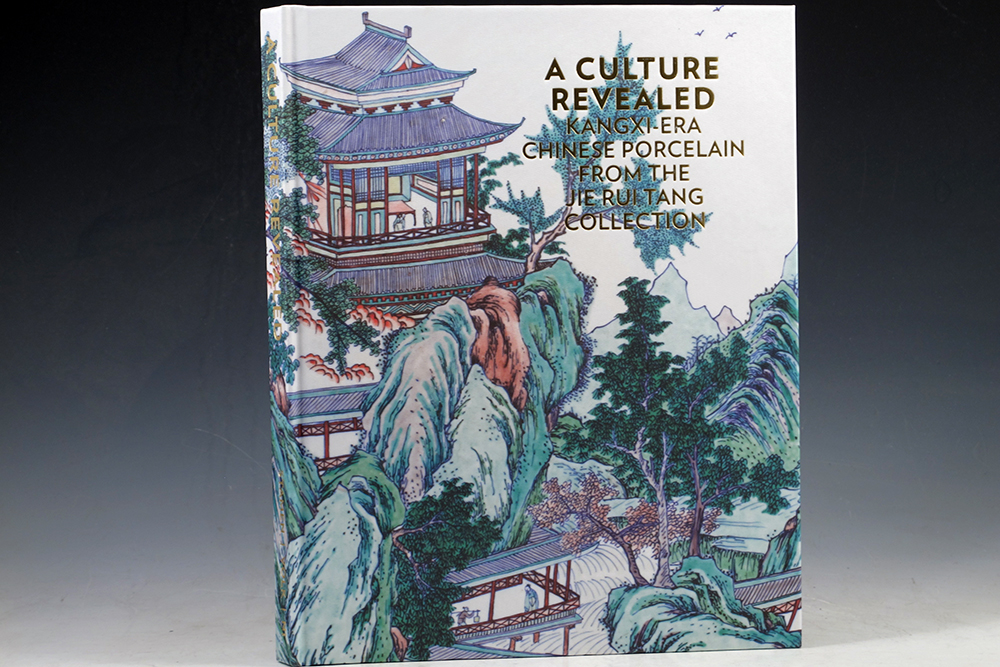