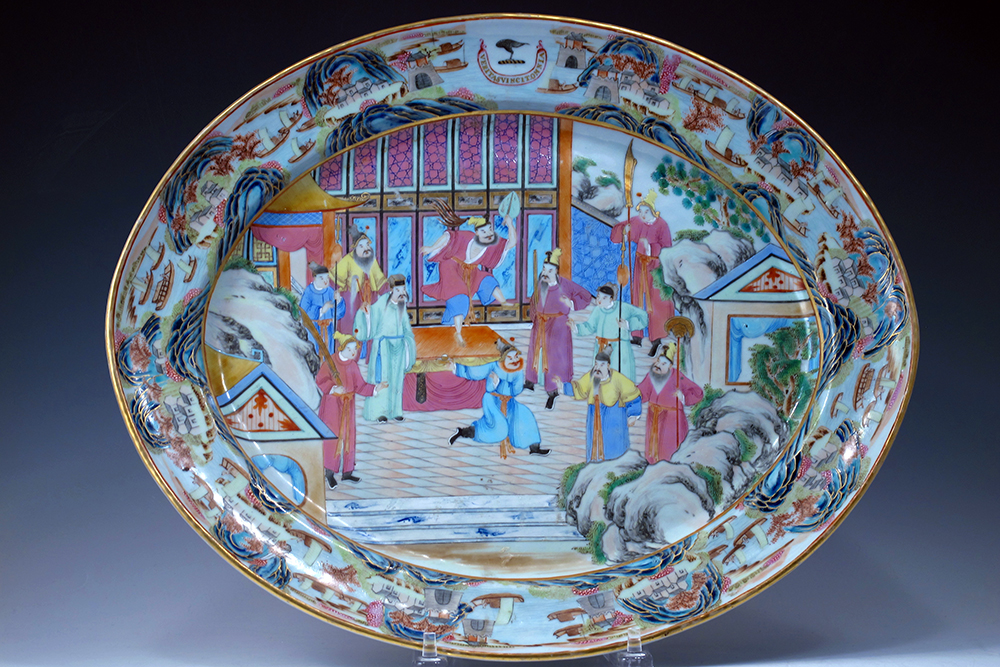 A spectacular Chinese export porcelain armorial platter, hand-painted in a rich Famille Rose palette with Mandarin decoration depicting a rather animated scene of some sort of Imperial court theatrical being performed for various nobles and dignitaries and all within a rather rare and unusual Chinese riverscape border centered with a family crest and motto at the top. From a service made for the English market bearing the Arms of Waterhouse and ordered for the Waterhouse family of Halifax, Yorkshire. The detailed border as rich and varied as the central scene itself. Illustrated and discussed in Howard’s Chinese Armorial Porcelain, Vol. I, page 787.  Very good condition and measuring an impressive 17″.  Jiaqing period, circa 1805.