A rare pair of Chinese export porcelain Orange FitzHugh patterned shaped oval serving dishes from a special-ordered service made for the ship(s) RED ROVER.  Each with the elaborately painted FitzHugh borders and centered with a roundel inscribed Red Rover.  The conundrum being that, to our knowledge, there were three 19th century clipper ships named the Red Rover! The first one being English, built in 1829, with the dubious honor of being the fastest ship in the opium trade running between Calcutta, India and Lintin, China.  The second ship, Red Rover, was American, built in 1852 for the California trade and broke records running between New York and San Francisco in 120 days.  And the third Red Rover was a Union Army hospital ship stationed in the Mississippi River above New Orleans in the Civil War. Either way, two very attractive artefacts from the great age of sail in the 19th century. Measuring 8 /12″ x 10″, one with a minor line to the foot rim, but other than some slight stacking wear, both in fine condition. Second quarter of the 19th century.  $1,450.00 the pair. 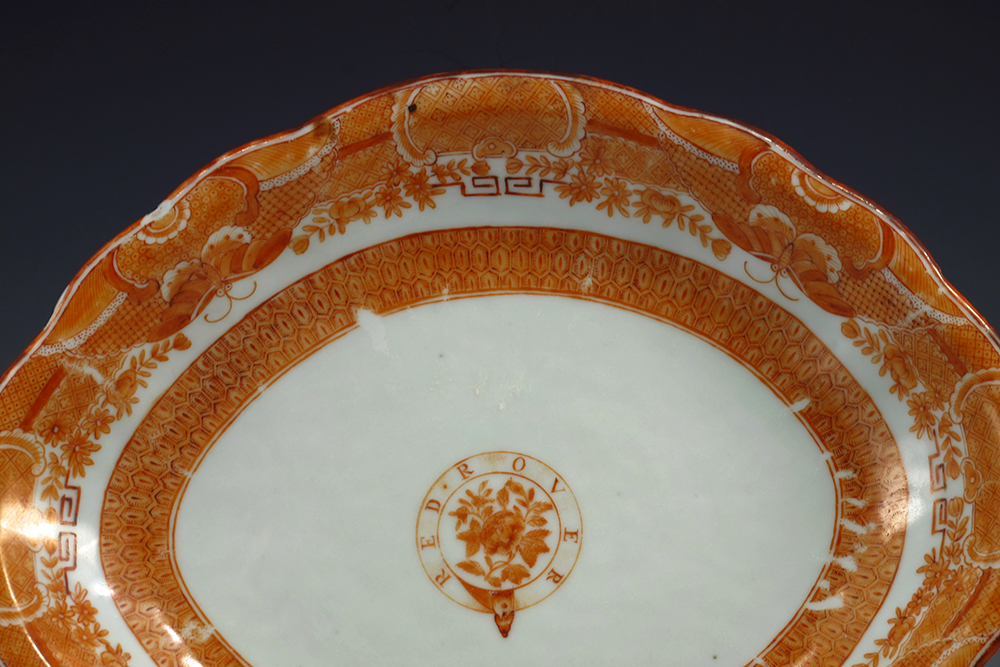 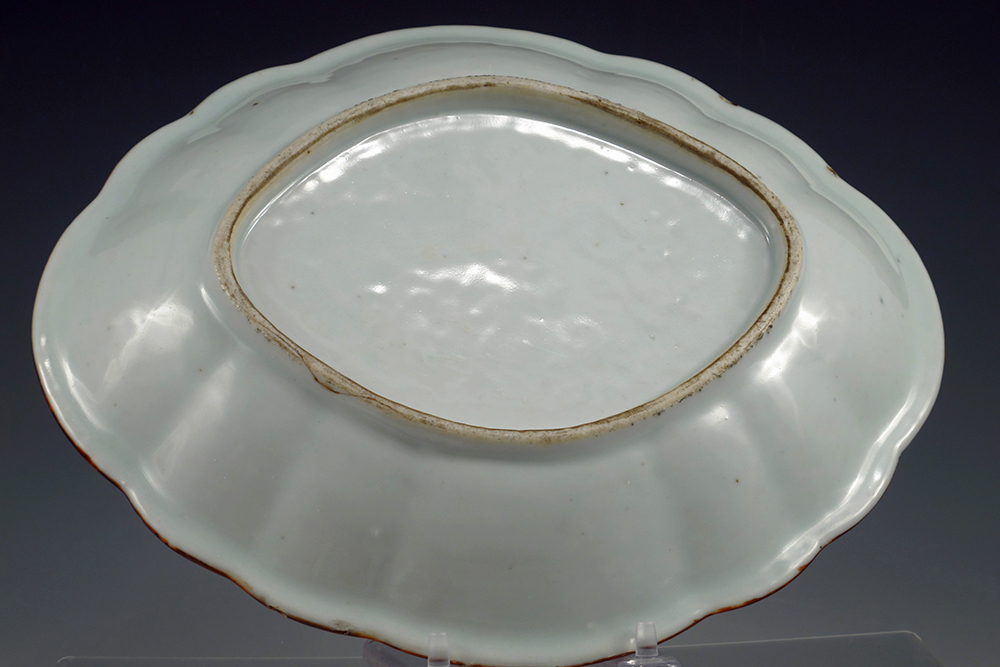