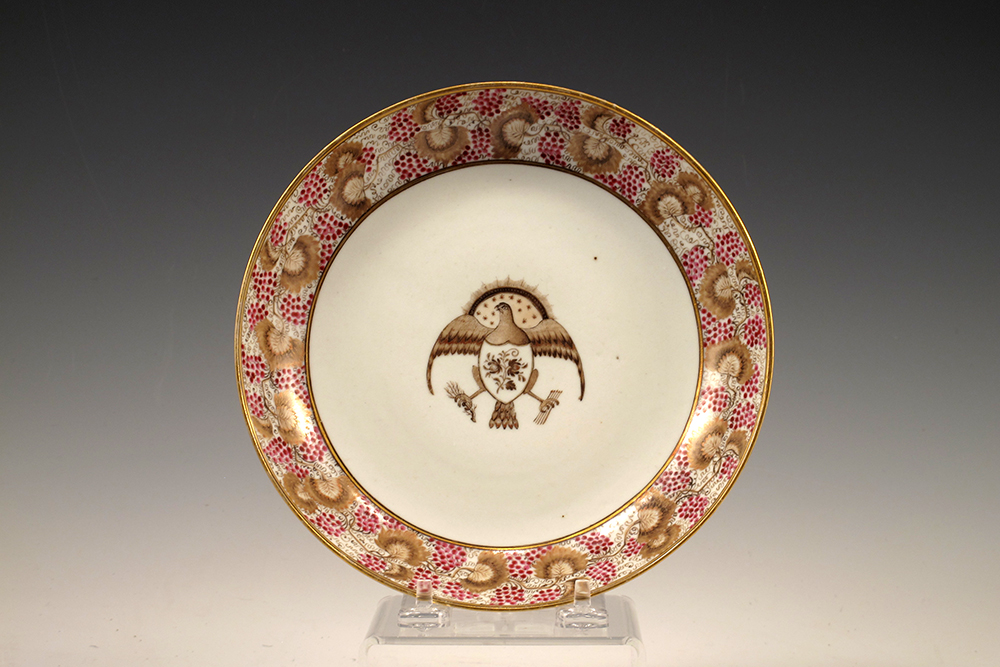 A very attractive Chinese export porcelain 7 3/4″ saucer dish made for the American market and centered with a hand-painted sepia image of an American eagle taken from an early version of the Great Seal of the United States and within a wide outer grapevine border most likely inspired from English designs of the period. From a service made for Edward Carrington of Providence, Rhode Island (1775-1843). He served as a supercargo and resided in Canton from 1802-1810 where he was eventually made U.S. Consul. He amassed a considerable fortune in trade during and after his return from Canton; his grand house still stands in Providence. In very good condition and one of the most attractive of the American market services produced. Circa 1810. 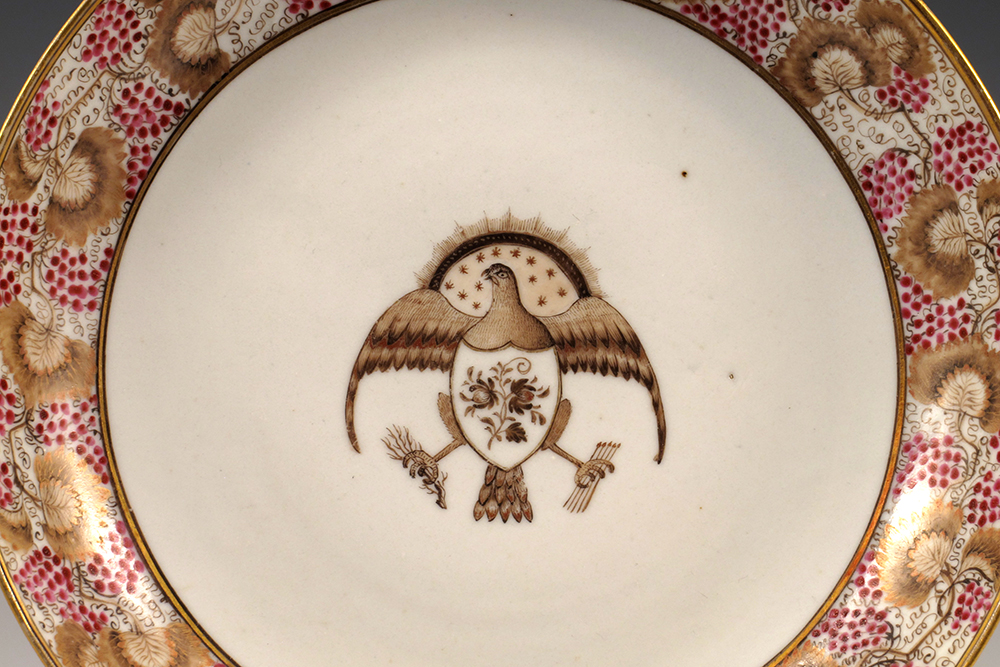