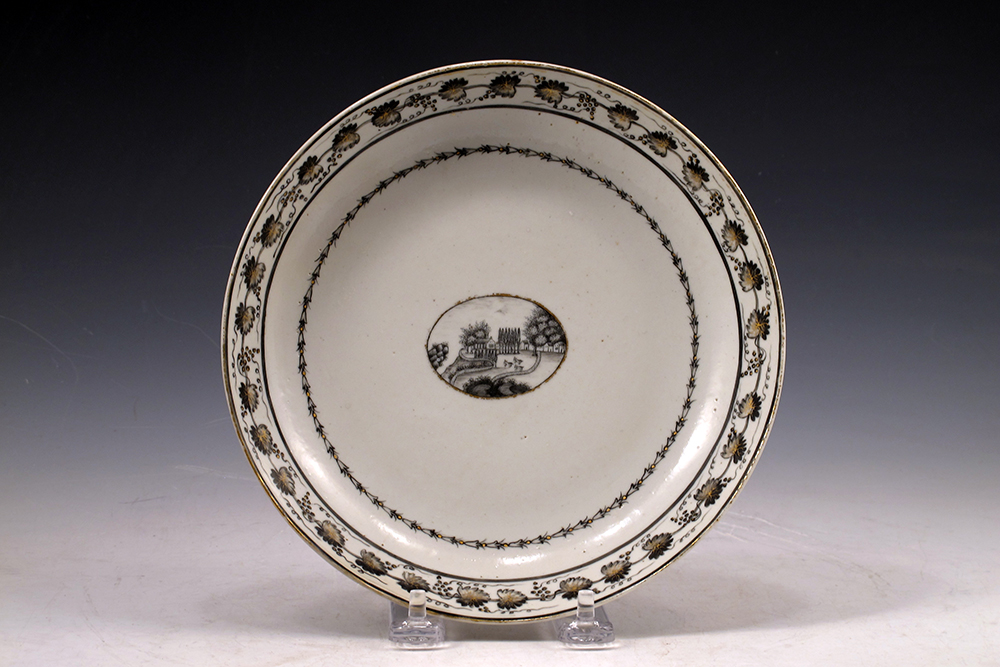 A very fine and rare Chinese export porcelain 7 1/4″ saucer dish made for the American market, decorated en grisaille with a central roundel depicting a view of George Washington’s Mt. Vernon, the rim edged with a gilded and grisaille grapevine border. From a service ordered by Captain Daniel Bacon, an early 19th century China trader and ship’s master from Boston and Barnstable, Massachusetts. The view of Mt. Vernon was taken from an engraving of the period, and the service was most likely a patriotic tribute to Washington after his death in 1799, part of a cult of mourning that swept the young Republic in the beginning of the 19th century. Very good condition; slight wear to the gilding. Circa 1810-1820.