A very interesting piece of Chinese export porcelain relating to an American General in the Revolution. This plate is from a service made for Major General William Alexander (1726-1783). Born in New York, he was a distant relation of the Earl Stirling, and when that line ‘died out’ he petitioned Parliament before the war to claim the title. Despite never having been granted that petition, he nonetheless fashioned himself the ‘Earl of Stirling’ and as was customary at the time, ordered an armorial service  bearing the Arms of Alexander quartering MacDonald which is finely rendered here on this plate, a central shield with ‘Wild Man’ and ‘Mermaid’ supporters. Sadly, hostilities broke out and the service probably never got beyond the East India warehouses in London before William Alexander died in 1783. Despite his aspirations to a noble title, Alexander went on to have a very impressive military record for the American cause serving in New York and New Jersey as well as at Valley Forge, Brandywine, German town and Philadelphia, being made a Major General in 1777.  Measuring 9″ in diameter and in very good condition, dating to circa 1775. 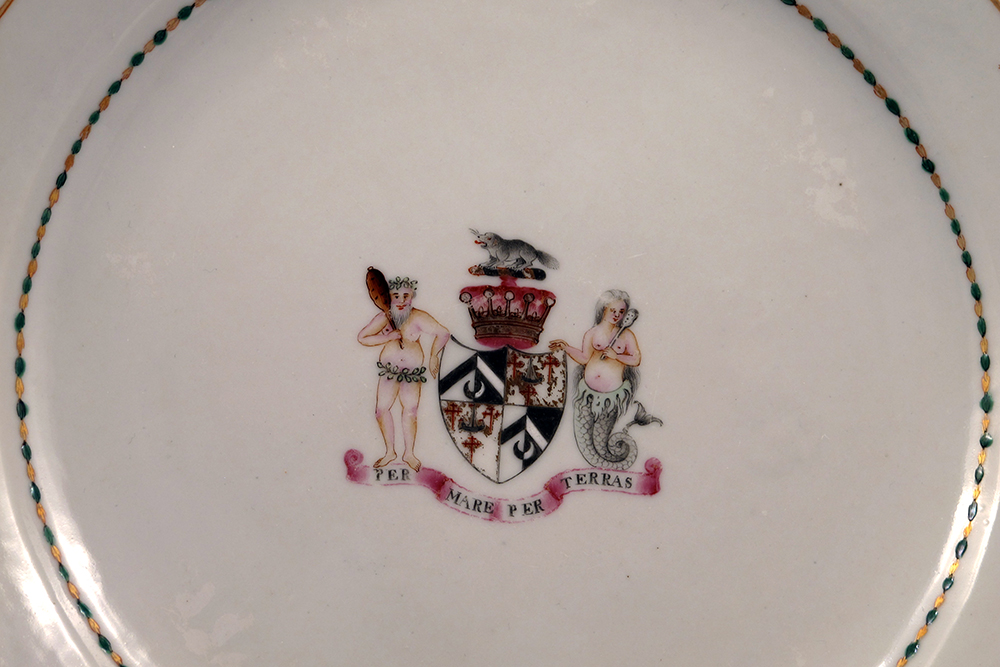