A very fortuitous find to compliment our Nicholas Brown part tea set, this very fine grouping of Chinese export teawares for the American market bears the same double-heart decoration as the Nicholas Brown service, and with no wonder, as it was made for one of Nicholas’ early business partner John Rogers (1756-1810). Rogers was a sixth generation descendant of Thomas Rogers, a Mayflower passenger and signer of the Mayflower compact. The Rogers were amongst the earliest settlers in Rhode Island, arriving in Newport around 1638.  John Rogers was an original partner in the Providence firm of Brown, Rogers and Benson. This firm was the predecessor to Brown and Ives, a powerful banking and mercantile company originally built around the China Trade,  but transitioning to investment in American cotton spinning mills by the mid 19th century. John married Elizabeth Rodman Rogers, hence the initials on this set of JER. This service was undoubtedly ordered at the same time as the Nicholas and Anne Brown monogrammed service given the close business and social circles that connected the Brown and Rogers families. Very good condition. Old restoration to pitcher where the handle meets the top of the body, otherwise very good condition with bright enamels and gilding. Coffeepot SOLD. Pieces priced individually. Circa 1800. 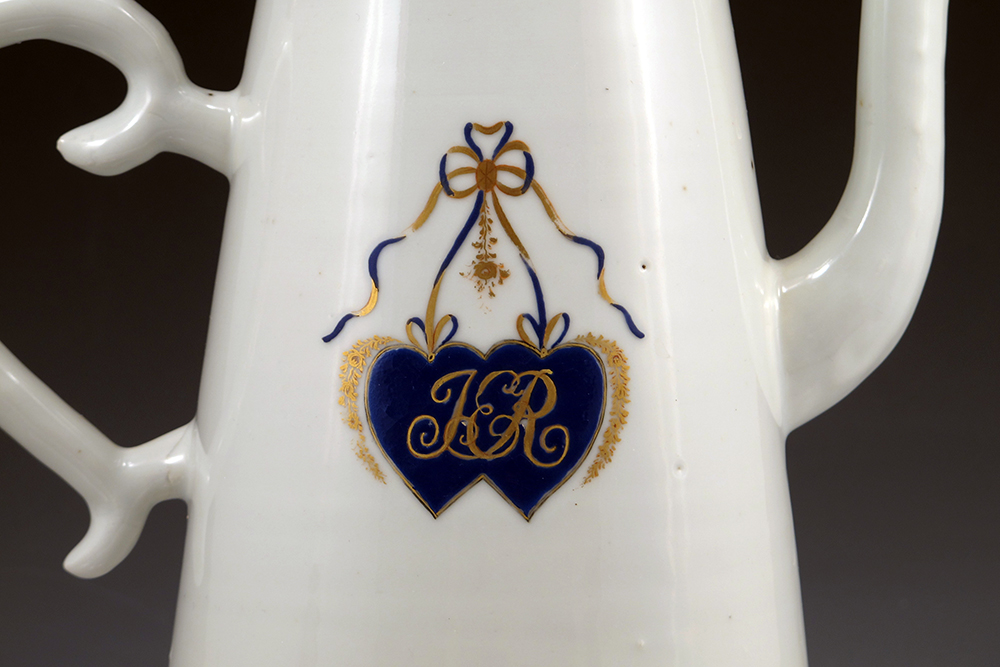